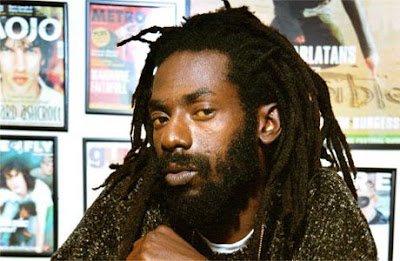 The verdict was handed down on Tuesday, found the Grammy winning singer guilty of "conspiracy to possess with intention to distribute cocaine; attempting to possess cocaine and aiding and abetting others in the use of a communication facility in the commission of a felony." So far the sentensing of the 37 year old Jamaican born Buju is still pending, the source said (allvoices.com

According to Reuters,A 12-member jury in Tampa found Banton, 37, guilty of conspiring with two other men to possess 5 kg or more of cocaine in Sarasota, Florida, in December 2009. The verdict came after a four-day trial

Banton, whose real name is Mark Myrie, won a Grammy for the best reggae album of 2010for "Before the Dawn" on February 13.Prior to his conviction Banton testified at the trial that he was entrapped by federal informant Alexander Johnson and never wanted to buy drugs.Banton said he met Johnson on a trans-Atlantic flight and talked about drugs to impress him because he thought he had connections in the music industry.

But Jurors were shown a video of Banton tasting cocaine in a Sarasota warehouse two days before his two associates were arrested trying to buy the drugs from an undercover officer.Banton was arrested at his home in Miami after the first trial ended last year when the jury could not agree on a verdict.So far the sentencing date is yet to be scheduled (abc.net.au).Hii ndio usije mjini kwa wasanii wetu!!

Somali Pirates shot dead four U.S. hostages on a private yacht on Tuesday, the deadliest incident involving Americans kidnapped for ransom in the increasingly dangerous waters off Somalia.The incident is reported to have happened before the American special forces boarded the vessel,The U.S. military said.

In retaliation the U.S. troops killed two pirates as they took control of the boat, and took 15 pirates into custody. Apparently two other pirates were found dead when the U.S. special forces arrived but they were not killed by U.S. forces, the military said.The U.S Secretary of State Hillary Clinton said her government was "deeply saddened and very upset by the murder of four American citizens" and told reporters that,''more effective approach to maintaining security on the seas, in the ocean lanes are essential to commerce and travel''
(REUTERS)

Col Muammar Gaddafi said he was ready to die "a martyr" in Libya, vowing to crush a growing revolt rejecting his 41-year rule and that has resulted to deadly unrest to the capital and other cities.

He further went on saying "I am not going to leave this land. I will die here as a martyr, "I shall remain here defiant,Anti-government protesters are "rats and mercenaries" who deserved the death penalty, he said in the rambling, 75-minute speech.He also said he would call upon the people to "cleanse Libya house by house" unless protesters surrendered" Gaddafi said all this on state television on tuesday 22nd March 2011.

In response to Libyan ongoing political unrest,The White House said the international community must speak with one voice in response to the "appalling violence" in Libya and Secretary of State Hillary Clinton added, The United States would take "appropriate steps" in time.On the other hand German Chancellor Angela Merkel said she would back sanctions on Libya if Gaddafi did not stop the violence.

While the U.N. Secretary General Ban Ki-moon accused Libya of firing on civilians from warplanes and helicopters, the U.N. high commissioner for human rights said "systematic attacks" on civilians may amount to "crimes against humanity."
(REUTERS)

Latest news has the death toll standing at more than 300, with an 18 month old boy the latest casualty.The conflict in Libya still escalates

New Zealand has declared a national state of emergency.

New Zealand Prime Minister John Key has declared a national state of emergency as the death toll from Tuesday's earthquake in Christchurch rose to 75.Police have said there is "incredible carnage right throughout the city", with "bodies littering the streets".More than 300 people are still missing. Forty-eight were pulled out from collapsed buildings alive overnight.

It was Christchurch's second major tremor in five months, and New Zealand's deadliest natural disaster in 80 years.The ministry of civil defence said 22 people alone were missing in Christchurch Cathedral, which lost its spire and a section of roof.apparently the rescue is underway and the death toll might be higher officials said.(BBC)